Any good real estate agent or relocation professional should stay on top of their local economic news as well as the news at the national level, and at Colorado Landmark, Realtors that’s just what we try to do every week.  As I said in my previous post, last week I had the privelege of attending the Rocky Mountain Relocation Council’s Fall Conference held at the Arvada Center.  My previous post was about national economic news conveyed to us by an economist from Wells Fargo Bank.

The second speaker of the morning was Cheryl Meyn from Denver’s The Genesis Group.  Cheryl has an extensive background in Denver area real estate and spoke to us about economy in Colorado and specifically the 7-County Denver Metro Area.  Here are a few highlights from her presentation:

So, what’s in Colorado’s future?  Housing will stay flat in 2010 and might improve somewhat in 2011.  Resales, which were down 8% in 2010 will see a rebound in 2011.  There are signs of improvement on the foreclosure front, and in-migration continues to be strong, with people still moving to Colorado.   All you have to do is check in with the national news media once in a while to hear various Colorado communities earning accolades for one thing or another, so it’s no wonder people want to relocate here!

For Boulder County, the employment numbers are quite optimistic.  The most current numbers from the Bureau of Labor Statistics (for August 2010) put the Boulder Metropolitan area’s unemployment at 6.4%.  Broomfield County recorded a 7.1% unemployment level for August 2010, so closer to the state level of 8.0% recorded for September 2010.

On the other hand, foreclosure activity is definitely catching up with our area.  According to RealtyTrac foreclosure filings in Boulder County were up in Sept 2010 with 234 filings, the highest number in 12 months.  The highest numbers were in Louisville (75) and Longmont (67).  Month-over-month price appreciation levelled out at 0.0%.  Only 29 foreclosure properties actually SOLD in Sept 2010 though.  Foreclosure activity is expected to rise, while the # of pre-foreclosure properties rose significantly last month from the single digits to over 60 properties.  The majority of the foreclosures are in the $100-300k range.  The foreclosures in our area don’t necessarily translate to huge price savings for buyers –  10% in most of the county, with 20% in Longmont.

Broomfield County saw 52 new foreclosures in Sept 2010 and actiity is also expected to rise there.  Only 10 foreclosure properties actually SOLD in Sept 2010 though.  As in Boulder County, month-over-month price appreciation levelled out at 0.0%.  The majority of the foreclosures are also in the $100-300k range. 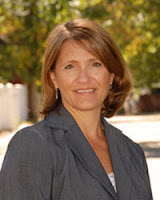